Look at that cover…looks like we’ve got a steamy one, folks.

Drella is running from an unwanted arranged marriage to a man that’s older than her father. Her betrothed engages a Hunter to track her down and return her for the wedding, and this Hunter is one of the best. Drella’s not going to make it easy on him, and the attraction they feel for each other is going to complicate things mightily.

He didn’t even glance down at the food. “No.”

She stuck the fork back into the carton and set it on the coffee table. “So you’ve been sent for me,” she began, leaning back and crossing one leg over the other. Her sundress rode up a bit, exposing some thigh, and that he glanced at.

Oh, it couldn’t be that easy. Could it?

She wet her lips, and looked up at him slowly from under her lashes. His dark eyes dropped to her lips and the slight shifting of his body stance told her all she needed to know. His chest expanded as he pulled in a deeper breath, and when those eyes moved back up to lock with hers, there was no mistaking the flame that leapt into them.

“I won’t fight you,” she said quietly, looking up at him again. His nostrils flared slightly at her words.

“Have you met the man my father intends to give me to?” she asked.

She nodded. “Then you know he’s older than my own father. He may be the Jad and leader of his clan, but that clan owns the largest Endarium mine across nine star systems. My father’s company makes star cruisers. He wants an advantageous contract. The Jad seeks a wife and like many men, he’s intrigued with the idea of an Inirian woman. So in addition to offering a fleet of ships, he added me into the deal.”

She risked another peek up at him, and couldn’t help but notice that his eyes weren’t black, as she’d thought. Up close they were still dark, but there were tiny gold flecks in them. They were really quite beautiful. His high cheekbones gave him a slightly exotic look, that nose was perfect for that face, and his lower lip was full and…

All of it was wasted on a man with the emotional range of a rock. But he was attractive, in a barbaric sort of way. And he was looking at her with interest now.

“May I know your name?” she asked.

“Jodan.” His voice was low, husky – not the growl it had been before.

“You’re a Prim, aren’t you? From the homeworld of my betrothed?”

“They say that Prims are very…carnal. That they never lost all the primitive instincts of our ancestors. That their senses are heightened and incredibly sharp. Is that true?”

She smiled. “And that makes you an exemplary hunter, as well. I can’t believe you found me. This world is in uncharted space. Did you follow my particle trail and recreate the loops?”

She wasn’t overdoing the praise. Tracing her path was quite an accomplishment. She’d been gone nearly half a standard guild year, and then to find where she’d hidden on the planet in uncharted space was an added feat. The planet wasn’t terribly advanced, and New York was a bustling, shuffling pocket of mayhem. She could have set herself up in style, but chose a modest apartment on a boring side street and worked as a cashier at a drug store.

He’d found her anyway. Prims were known across the galaxy for being the best hunters that money can buy, and her betrothed, being a Prim himself, would have easily procured one. From the looks of this one, he’d paid well and gotten the best.

Time to reel him in.

“You know, I’ve always wanted to be bedded by a Prim,” she said, looking up at him.

“You will be,” he promised.

Captured By The Hunter will be steaming it up on Wednesday, April 1st! Look for it on Amazon for Kindle, and Smashwords for all e-reading devices and PC! 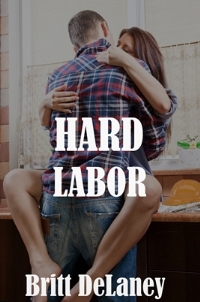