There’s a difference between romance and erotica. Besides the obvious attention to certain areas of detail in one versus the other (and that line does get fuzzy – I’ve read and written plenty of romance that was straight-up ladyporn), I think one major difference is the use of intimacy to build the relationship. Erotica tends to get right to the point, while a good romance (in any genre of book) has to have a foundation.

It’s a rookie move to write a whole bunch of hot sex, slap a plot around it and suddenly have your characters end up in love. Romance doesn’t really work like that. You need to build that bridge before you happily traipse across it, and this is done by showing moments of intimacy.

For example: Game of Thrones.

In season one (I’m talking the show, not the books, since I want you to visualize this), we see young and naive Daenerys Targaryen being sold to a big, ruthless barbarian who mounts women like they’re dogs and pretty much brutalizes her on their wedding night and beyond until she gets schooled by a prostitute who shows her how to manage her man in the bedroom.

We see them have lots of hot sex, and yes, they fall in love, but nowhere along the way does Drogo say “I love you.” (Knowing the Dothraki, there probably isn’t a word for it). Instead, we see the moments that connect them. That first moment when she turns and forces him to look her in the eyes while they’re making love. A few months later when she learns she’s with child and we see her tell him that she thinks it’s a boy – and he smiles and kisses her tenderly. A few weeks after that when she’s threatened with the point of a sword at her belly, and he steps over without a word and simply looks down at her – and slides a protective hand over that same belly.

I could go on and on – his look of steady pride as she eats a horse’s heart (and the way she keeps her eyes on him – getting herself through it), the way they tease each other as she braids his hair, the way he killed a guy and ripped his damn tongue out at the base for calling his woman a whore…all of that is building intimacy between those characters, without necessarily having them naked and slamming into each other. You can’t have people believably invested in each other (or readers invested in your couple) without intimate moments – especially those that don’t involve sex.

Someone grieves and is comforted. Someone is afraid and is reminded by the other that they’re strong enough to handle this. A thumb caressing a jawline as concerned eyes ask, “Are you okay?” A head against a shoulder and a weary voice entreating, “Just hold me. Don’t leave.” A locked glance at a shared, inside joke. An outrageous, flirty comment immediately rebuffed with an eyeroll and a smirking, “Nice try.” It’s all vital, and it’s all buildup, and it ensures that your readers are going to be every bit as ready as your couple when it comes time to rip those clothes off and have at it.

Now, if you’ll excuse me…I’ll be in my bunk with season one of Game of Thrones…

One comment on “Okay. . . Let’s Talk About Writing Intimacy” 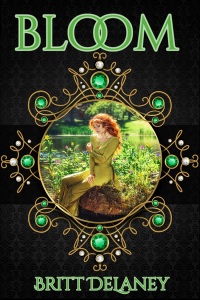