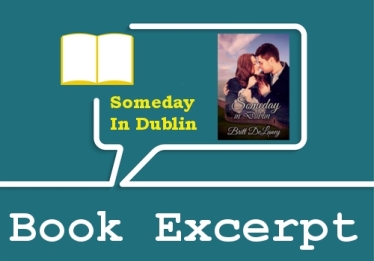 In my contemporary romance, Someday In Dublin, Amy and Michael share a whirlwind romance in Ireland, only to have events from their past collide and tear them apart.

In this scene, Amy has returned home to Philadelphia, but Michael isn’t quite ready to let go yet…

Amy handed her money to Addy, staring out the window at the slow drizzle that had been falling all morning. The commute to the train station had been murder, and the short two block walk to the coffee shop had soaked her through to the skin, thanks to the umbrella she left at home. She was already ten minutes late to work, despite leaving the house early.
She heard the ringtone on her phone go off and saw that it was one of her co-workers. He was looking for a report for his nine a.m. meeting, so she assured him she’d be back at her desk in a few minutes and she’d email it first thing.
She’d just grabbed her tea from Gus when the phone rang again, and with a groan, she dug her phone out of her pocket and answered.
“This is Amy.”
“And this is Michael. Can I call you now?”
She took a sip of her tea and leaned against the window of the shop.
“Isn’t that what you’re doing?” she asked.
“Am I getting you in trouble with the boss?”
“Not yet. I’m still getting tea at the coffee shop.”
“Inferior American tea?”
“No.” She smiled, taking another sip. “Addy’s carries a decent English breakfast tea.”
“You should bring your own tea,” he said. “You’ve a suitcase full, if memory serves.”
“I left it at home. Besides, Gus bakes the best scone in town, so I’d come here anyway.”
“Gus?”
“He’s Addy’s brother. And old enough to be my Dad.”
“Ah. Well, I’m eating the last of an unremarkable lunch and wondering if I shouldn’t bugger off the rest of the day since it’s bloody beautiful outside.”
“It’s raining here,” she said. “Dreary and dark and raining.”
“Rain isn’t always dreary,” he said, and there was a pause that made her sure that he was remembering the rainy day they spent together.
It’s all over for me… he’d said to her. Amy tamped that thought down.
“I have to go. I’m late for work.” She stepped out of the shop onto the busy street, grateful for the rain hitting her overheated face.
“May I call you later?”
“Michael –”
“Text, then. May I text you later?”
She let that hang in the air a moment.
“I don’t know, Michael. I mean…this can’t be comfortable for you. And it’s not comfortable for me anymore, either.”
“You and I were as comfortable as a pair of old shoes in my grandmother’s closet,” he said, after a slight pause. “And I know I acted rashly, but I refuse to believe that we’re completely knackered. Tell me we’re at least to remain friends. For Katie’s sake.”
It was a low blow throwing Kate’s name in there, and he probably knew it. But he was right. For four days, she didn’t know where she ended and he began. He was an old, familiar soul and the sheer rightness of him made the wrong-ness of the obstacle between them – Kate’s memory – stand out even more harshly.
“I’ll think about it, Michael. Don’t call me, okay? I’ll call you if I want to talk.”
There was another long silence before he answered.
“Fair enough. Have a good day, Amy.”

Michael and Amy eventually find their way back to each other – but not without some harsh truths coming to light that set them both free. Someday In Dublin is available at Amazon for Kindle or in paperback.

⭐⭐⭐⭐⭐ “This is an awesome story! Starts out lighthearted & fun, rips your heart out & then puts it all back together!”

⭐⭐⭐⭐⭐ “This was such an incredible story about two people finding each other, brought together by fate. It was obvious they were soulmates, so I just couldn’t stop reading until they realized it themselves.”

⭐⭐⭐⭐⭐ “Ms. Delaney writes really witty banter between her characters. It’s definitely one of her strongest abilities and really makes the story flow.” 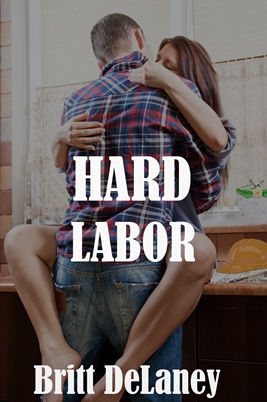 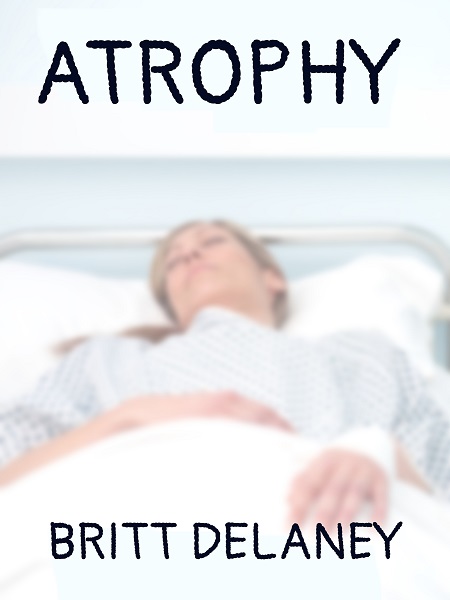