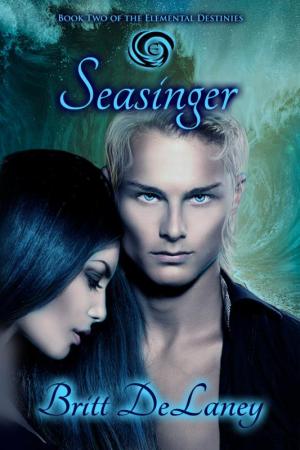 And here it is….the cover for the second installment of The Elemental Destinies – Seasinger!!

Meet the Elementals – a magical race that inhabits our world embodying the four elements of earth, air, fire and water. Kai is a “Twixter,” the half-human offspring of an water elemental, who’s learned to make his own way in our world.

In addition to his magical heritage, Kai bears another gift, one that pushes him to seek out Shira, an anthropologist who has unwittingly stumbled into a mystery that the Elementals don’t want her to know about.

When Shira becomes a target and motives become revealed, Kai realizes that this is bigger than the both of them. He must convince Shira to trust him despite his heritage, and show her that love is elemental – and can hit you like a tidal wave.

Seasinger is breaking soon! And don’t forget to check out book one of The Elemental Destinies: Windsinger!